LAS VEGAS, Nov. 2, 2017 /PRNewswire/ -- Dana Incorporated (NYSE: DAN) has introduced a new line of Spicer® u-joints incorporating the company's Spicer Life Series® (SPL®) technology, features that have been tested to deliver significantly more service life than competitive u-joints. The distinctive blue coating on the journal cross of the Spicer Blue-Coated Performance U-joints also has been shown to resist rust and corrosion in salt and mud testing. 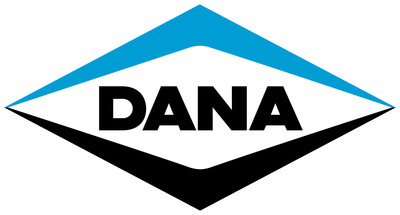 Dana made the announcement at the Specialty Equipment Market Association (SEMA) Show, held here through Nov. 3 at the Las Vegas Convention Center.

"Spicer u-joints with SPL technology have consistently performed better than the competition.  Our testing has shown them to last ten times longer than the nearest competitor," said Peter Cirulis, vice president of customer experience, strategy, and product planning for the Dana Aftermarket Group.  "Now, with the blue coating, they also look better than the competition. They are the perfect complement to Spicer chromoly performance axle shafts."

In testing at the Dana engineering laboratories, Spicer 1310 Series u-joints with SPL technology were fatigued tested to more than one million cycles without failure.  By comparison, the nearest competitive u-joint tested achieved an average of 106,746 cycles before failure.

Initially, Dana Blue-Coated Performance U-joints will be available in five common sizes – 5-760XC, SPL30-7166XC, SPL30-1350XC, SPL55-1480XC, and SPL70-1550XC – for some of the most popular 4X4 vehicles, including Jeep Wrangler and Ford Super Duty. Additional applications may be added in the future.

Dana will highlight a number of new products at its exhibit at SEMA, Booth No. 36193, located in the South Hall Upper at the Las Vegas Convention Center.

For more information on the Spicer Blue-Coated Performance U-joints, go to DanaAftermarket.com.

About Dana Incorporated
Dana is a world leader in highly engineered solutions for improving the efficiency, performance, and sustainability of powered vehicles and machinery.  Dana supports the passenger vehicle, commercial truck, and off-highway markets, as well as industrial and stationary equipment applications.  Founded in 1904, Dana employs nearly 29,000 people in 33 countries on six continents who are committed to delivering long-term value to customers.  The company reported sales of more than $5.8 billion in 2016.  Based in Maumee, Ohio, the company's operations were selected as a 2017 Top Workplace in Northwest Ohio and Southeast Michigan by The (Toledo) Blade.  For more information, please visit dana.com.