MAUMEE, Ohio, April 8, 2020 /PRNewswire/ -- Dana Incorporated (NYSE: DAN) today announced that Ryan Laskey has been named to lead the company's Commercial Vehicle Drive and Motion Systems business, succeeding Mark Wallace, who has announced that he has accepted a CEO position outside the company. 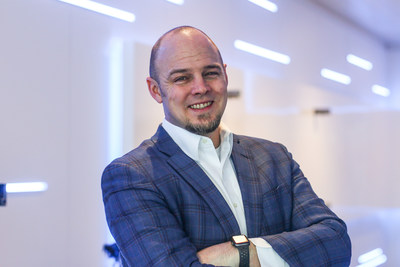 Mr. Wallace will remain with Dana through April 22.

Mr. Laskey most recently served as vice president of Dana Commercial Vehicle Drive and Motion Systems, with responsibility for the business unit's strategy, product planning, engineering, and program management for both traditional and electrified drivelines.

"Ryan is perfectly suited to lead our commercial vehicle business as we enter the next era of mobility," said James Kamsickas, Dana chairman and chief executive officer.  "He has extensive experience working in Dana's commercial vehicle business and has played an integral role in advancing our electrification strategy.  His understanding of the business, strong customer relationships, and commitment to quality and innovation make him a strong fit for this important leadership role."

Mr. Laskey has worked for Dana for more than 20 years, beginning as a co-op and holding roles of increasing responsibility, including chief engineer of driveline applications, director of driveline product engineering, and vice president of commercial vehicle engineering and quality.  In these roles, he has led numerous program launches, established a strong quality culture, and guided Dana's electrification acquisitions for the commercial vehicle business.

He earned a bachelor's degree in mechanical engineering from the University of Toledo and a Master of Business Administration degree from Purdue University.

Mr. Laskey currently serves as a board member of Dana's largest joint venture in China, as well as the Dana Charitable Foundation, which provides philanthropic support for the U.S. communities in which Dana operates.  In his new role, he will be a member of the Dana Leadership Team.

Mr. Kamisckas added: "I also want to thank Mark for his many contributions to Dana.  He has been a valued member of our executive team, and I know he will do very well in his new role."

About Dana Incorporated
Dana is a world leader in providing power-conveyance and energy-management solutions that are engineered to improve the efficiency, performance, and sustainability of light vehicles, commercial vehicles, and off-highway equipment.  Enabling the propulsion of conventional, hybrid, and electric-powered vehicles, Dana equips its customers with critical drive and motion systems; electrodynamic technologies; and thermal, sealing, and digital solutions.

Founded in 1904, Dana employs more than 36,000 people who are committed to delivering long-term value to their customers, which include nearly every vehicle manufacturer in the world.  Based in Maumee, Ohio, USA, and with locations in 34 countries across six continents, the company reported sales of $8.6 billion in 2019.  Having established a high-performance culture that focuses on its people, the company has earned recognition around the world as a top employer.  Learn more at dana.com.